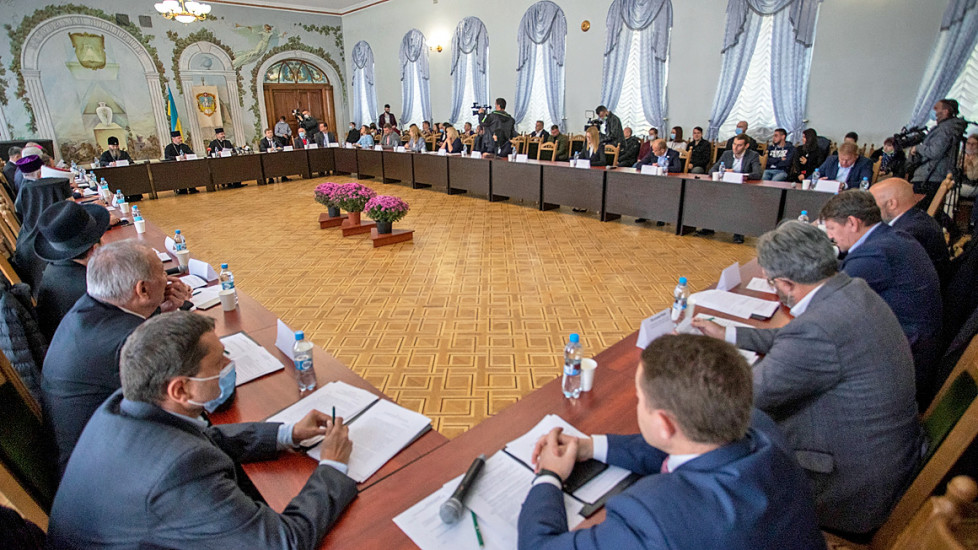 on the need to develop the Family Policy of Ukraine

Since its foundation, the Ukrainian Council of Churches and Religious Organizations has paid considerable attention to responding to the challenges faced by such an important social institution as family. Over the past year the following appeals of the UCCRO have been devoted to this topic:

Participants of the extended meeting of the Ukrainian Council of Churches and Religious Organizations, which was held on September 30, 2021, in Ostrog city of the Rivne region, adopted this resolution on the following:

1. Family, the marriage of a woman and a man as the best center for the birth and upbringing of children, remains one of the greatest values of the Ukrainian state, despite the destructive criticism from certain politicians and public figures. This is confirmed not only by the Holy Scriptures and the experience of previous generations, but also by the provisions of Article 51 of the Constitution of Ukraine and Article 5 of the Family Code of Ukraine.

2. Social experiments with legalizing opinionated gender self-identification (as opposed to the concept of female and male sexes) and imposing unnatural phenomena on society as a norm (popularization of same-sex sexual orientation, denial of the presence of femininity in women and masculinity in men as distinctive features, the movement in support of non-binary pronouns, etc.) do not lead to inclusivity, equality of rights and reduction of violence, but further divide and disturb the society, marginalize and restrict the rights of the majority to protect the interests of the minority, deepen the demographic crisis in the state.

3. The imposition of gender ideology has negative consequences in the form of attempts to devalue the ideal of the family and the matrimonial union of a woman and a man, is accompanied by a purposeful restriction of freedom of expression and freedom of religion, resorts to tolerating hate speech against religious figures and supporters of traditional family values, encourages violent outrage against participants of pro-family rallies and activists, etc.

4. Instead, speaking in defense of the traditional family values of the Ukrainian people, we understand it as a set of specific and achievable virtues that can unite the entire Ukrainian society and, in our opinion, should be defined as the tasks of the Family Policy of Ukraine, namely:

5. The sad divorce statistics (especially in the first years of marriage), the unfinished orphan boarding schools reform (instead of which family-type orphanages should be operating), large-scale social orphanhood, the widespread occurrence of domestic violence, etc. – all this further actualizes the need for (1) a clear definition of state priorities in the field of Family Policy, (2) the formation of the Ministry of Family Affairs and Overcoming of the Demographic Crisis and (3) the approval of an appropriate state program with the necessary funding.

6. A full family, marriage as a union of a woman and a man, respect to the dignity of a person from conception to natural death, responsible motherhood and fatherhood should remain the disciplinary ideals of the educational process in public, municipal and private educational institutions.

7. Churches, religious organizations, and pro-family public initiatives are ready to join forces with Ukrainian state and local authorities for the purpose of practical implementation of the constitutional guarantee for state protection of the family, childhood, motherhood, and fatherhood.

8. Only through joint efforts and on the basis of state-public partnership, including the participation of religious organizations, will our country be able to create appropriate social conditions, infrastructure, and educational campaigns to build strong and happy families and marriage relationships, support motherhood and fatherhood in order to preserve every pregnancy and raise a new generation on the principles of high morals and respect for the dignity of every person.