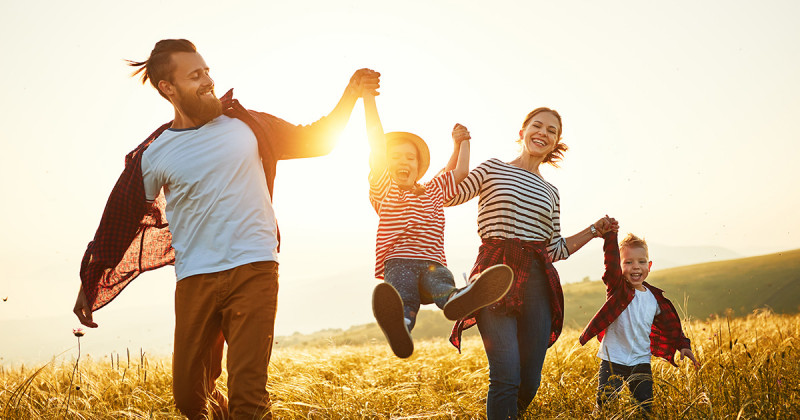 on the need to protect the traditional family values

of the Ukrainian people

The current challenges of our time that our long-suffering nation faces force us to raise our voice again and again – in defense of the very foundation of our existence, identity, tradition, and culture.

Throughout the history of our national existence, family was the basis of the social structure. Despite the various tyrannical and totalitarian systems that reigned our lands, family served as the center of freedom and love that prevented the decline of the national consciousness, language, culture, religion, and good traditions. Created and blessed by the Almighty, this first human community continues to fulfill its majestic mission – to be the main place where life is nurtured, developed, and flourishes in all its personal and national plurality and beauty.

Unfortunately, in the XXIst century, the Ukrainian family faced challenges of a new totalitarian gender ideology, which threatens the very existence of the family as a union of fruitful and faithful love between a man and a woman, and eliminates all the positive achievements of the family way of life of our people, threatens the values that have developed on the basis of Judeo-Christian tradition for millennia. These include equality in dignity and the uniqueness and individuality of the vocation of men and women, relationship education on the ability to marry and accept the gift of birth, respect for the dignity of each person, and the protection of human life from conception to natural death, family solidarity and mutual assistance between generations, respect for parents and elders, respect for children's rights, the unacceptability of domestic violence and harassment and so on.

Today, we are witnessing numerous attempts to denigrate everything that concerns the family values of the Ukrainian people, calling them stereotypes, equating gender with a social role, which, according to modern ideologists, should be eliminated. We see an increasingly clearer juxtaposition of traditional family and European values, which is nothing more than a cynical substitution of concepts and a planned attack on the European choice of our people. In various Ukrainian cities, public provocations against social morals are being organized with increasing frequency, most likely as a part of the systematic destruction of the moral health of our nation. These measures are part of a strategy that aims to gradually impose on us a perception of human sexuality and family life that has never been characteristic of Ukraine. At the same time, there are even threats of criminal prosecution of nonconformists.

In the face of these new dangers, we warn all believers against any violent actions and the use of hate speech to defend our beliefs. Instead, we urge you to actively use your civil rights and, as law-abiding people in a free country, demonstrate exemplary family life, thereby popularizing its beauty and divine perfection, and exciting modern people with testimonies about the joy of family life and the wisdom of generations.

We sense the pain in the hearts of many loyal sons and daughters of Ukraine and ask them to testify to their beliefs in the most appropriate and responsible way − by performing a prayer for the preservation of family and Ukraine from Friday, September 17, to Sunday, September 19, 2021. We believe that the Lord will hear our prayer call and this hybrid attack against family will be stopped.

At the end of this month, we, members of the Ukrainian Council of Churches and Religious Organizations will hold a meeting in the Rivne region – a region that is particularly famous for cherishing family values, to which this meeting will be devoted. We plan to develop proposals and practical steps to improve the national family policy, reinforce traditional family values and their protection by believers. We also ask for prayers for the success of this cause.

Chairman of the Ukrainian Council of Churches and Religious Organizations,

Father and Head of the Ukrainian Greek Catholic Church,