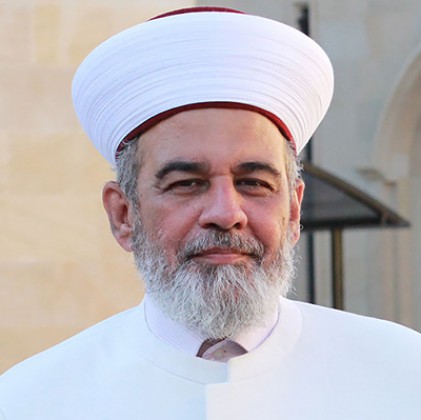 Supreme Mufti of Ukraine, Head of the Religious Administration of Ukrainian Muslims

RAUM is the first organization of independent Ukraine, which unites the Muslim community of the country since 1992. RAUM works to unite Ukrainian Muslims, to provide educational and spiritual work on the principle of over-ethnicity, uniting Muslims with different nationalities in one community.

RAUM opposes the politicization of religion and provides thorough job of refuting the false ideologies of extremist movements.

RAUM publishes Islamic religious literature in Russian and Ukrainian languages as well as in the languages of peoples that traditionally practice Islam (Arabic, Tatar, Turkish, etc.). Also, it produces the newspaper "Minaret" and audio and video materials on religiously educational themes.