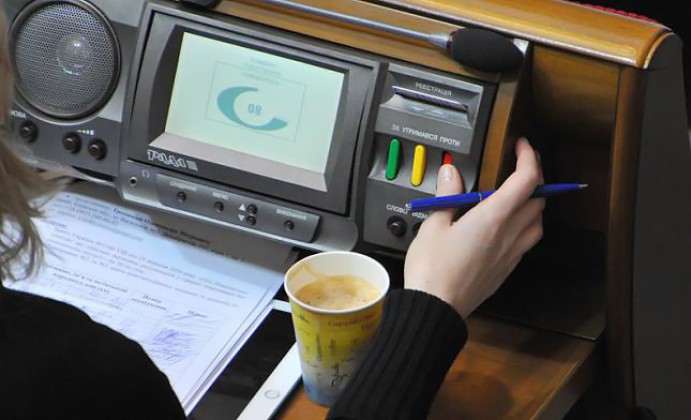 The Ukrainian Council of Churches and Religious Organizations (UCCRO) urges the President of Ukraine and MPs to amend the draft law No. 0931, so that the fanatical fight against discrimination should not lead to the suppression of citizens' constitutional rights to freedom of conscience and freedom of expression.

The appeals to justify the position of the religious community were sent to the President Volodymyr Zelensky and the leadership of the Parliament of Ukraine signed by the UCCRO Chairman, Bishop of the Roman Catholic Church Vitalii Kryvytskyi.

Earlier, the parliamentary Committee rejected amendments aimed at protecting freedom of conscience and freedom of expression.

The Committee then explained that the anti-discrimination law should have no exceptions, even in cases where other constitutional rights of citizens were restricted. However, the Committee's position proved to be deceptive, as there were 5 specific exceptions to the general prohibition of discrimination in the draft law prepared for the second reading.

Religious organizations were given the right "to impose specific requirements on religious beliefs, gender in worship (activities directly related to worship, religious rites, and ceremonies), as well as religious education or religious upbringing."

The UCCRO notes that the existing exclusion in the draft law No. 0931 does not extend the rights of the churches to the public sphere, as preaching on the sin of same-sex relations or public debate on gender identity issues, as well as on the sphere of labor relations in religious organizations that prescribes moral principles even for civilian employees.

In addition, problems may arise for doctors and midwives who refuse to have an abortion or gender reassignment surgery, or for private businessmen who refuse to complete the orders that promote immoral ideas contradicting to their beliefs. Such issues have also arisen in Europe, where, for example, the UK Supreme Court recently stated that the refusal of the Ashers Baking Company in Northern Ireland to make a slogan for same-sex marriage cake was legitimate because it was not a manifestation of discrimination but a matter of freedom of conscience.

The Ukrainian Council of Churches and Religious Organizations insists that the draft law No. 0931 should be supplemented with the provisions of Article 6 (3) of the Law of Ukraine “On the Principles of Prevention and Combating Discrimination in Ukraine” as follows:

The act or omission of a person and/or group of persons in the exercising of one’s personal rights to freedom of thought and freedom of expression, freedom of conscience, religion or belief is not discrimination.

The appeals of the UCCRO also emphasize that the common practice of religious organizations and legal entities established by them (monasteries, educational institutions, etc.) is to determine specific moral and ethical and other criteria for clergymen and civilian employees. The necessity to take into account these peculiarities is directly identified by the provision of Article 5 (3) of the Law of Ukraine “On Freedom of Conscience and Religious Organizations”, which states the obligation of the country to take into account and respect the traditions and internal guidelines of religious organizations, including during law-making process.

Therefore, the Ukrainian Council of Churches calls on parliamentarians to amend the draft law No. 0931 with another supplement in the field of labor relations:

For the sake of a proper revision of the draft law No. 0931, religious leaders insist that the Parliament redirect it for a second reading in order to take into account amendments aimed at protecting freedom of conscience and freedom of expression.