It is time to hand over the St. Nicholas Cathedral to the Сatholic community – UCCRO statement 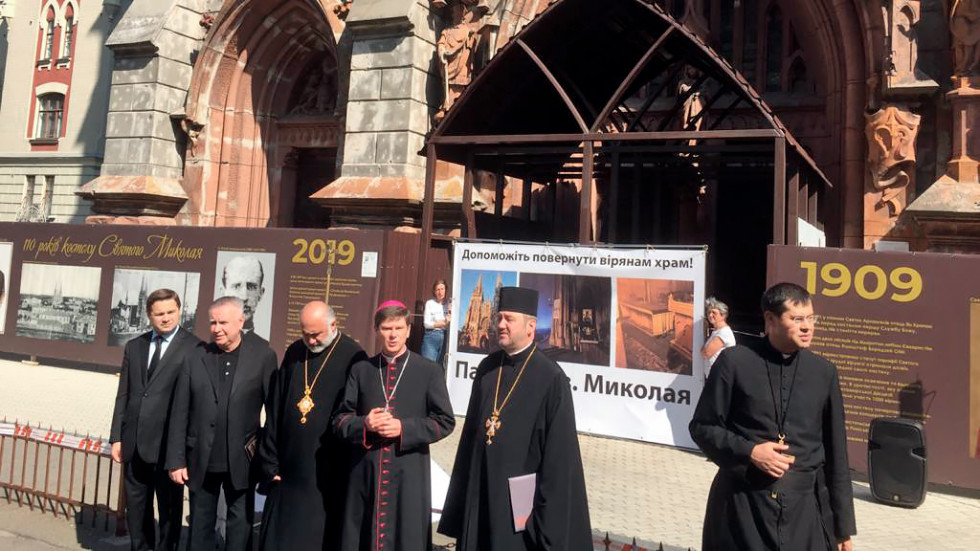 The Ukrainian Council of Churches and Religious Organizations stated that the St. Nicholas Cathedral in Kyiv should be handed over to the Catholic community for permanent free use.

This is stated in a special statement of the UCCRO, made public on September 9, 2021 by religious figures in the courtyard of the Cathedral.

“We understand that the decision to transfer the church building and organize a new artistic space requires courage and a strong will to change, but the time has come to implement it,” – emphasizes the UCCRO.

From the Soviet era till now the Cathedral remains as a property of the state and is primarily used for organ music concerts instead of worships and sermons. In the statement, the Ukrainian Council of Churches reminds that the return of the St. Nicholas Cathedral to the believers is provided for by the Presidential Decree # 329 of 18.08.2020 and order of the Cabinet of Ministers of Ukraine # 1203-R of 16.09.2020.

We present the full text of the statement:

regarding the situation with

We sympathize with the National Organ and Chamber Music Hall of Ukraine for their loss of a valuable instrument and concert venue. We also share the sadness of the Roman Catholic parish, which has lost the opportunity to hold services in its Cathedral.

Since the previous presidents of Ukraine, heads of government, and Ministers of Culture has promised to solve this issue by building a new suitable facility for creative teams, we believe that the situation that has arisen, besides the tragic component, also presents a chance to correct the troubles of the past, establish justice in relation to the religious community, as well as the possibility of further full-fledged development for cultural figures in new, modern and suitable conditions.

We understand that the decision to transfer the church building and organize a new artistic space requires courage and a strong will to change, but the time has come to implement it. We hope that we will come to a common understanding and cooperation of cultural workers with the religious community since this is the only correct path built on justice, mutual respect, and creative optimism.