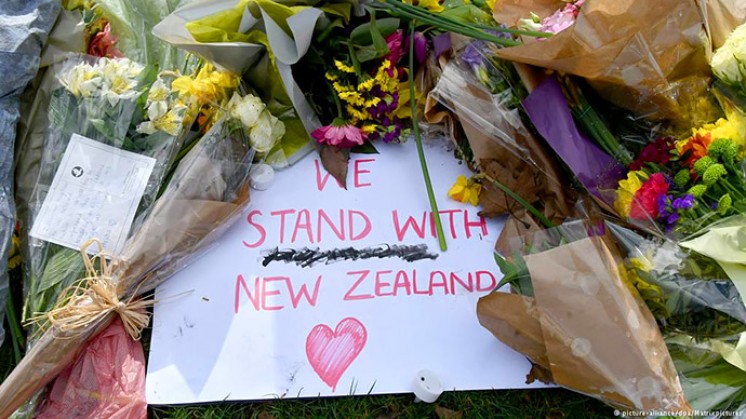 Ukrainian religious leaders condemn any acts of violence on the grounds of religious hatred or other motives, in whatever place and under whatever slogans they are committed.

It is with deep sadness and indignation that we received a word of the 50 Muslims killed and another 50 wounded as a result of the terrorist attack in New Zealand. We would like to extend our heartfelt condolences to the bereaved families, to voice our moral support to all the victims.

There is no justification for terrorist crimes against humanity. Those who commit them are subject to severe public judgment and must answer for their actions in court to the full effect of the law. We are convinced that their crimes will be punished also by the justice of God Almighty.

The Ukrainian Council of Churches and Religious Organizations condemns any acts of violence on the grounds of religious hatred or other motives, in whatever place and under whatever slogans they are committed. The Ukrainian state, being in fact a predominantly Christian society, has never given grounds to be considered one of those countries where the rights of various religious denominations are endangered.

Ukraine is a multi-confessional and multi-ethnic country, where the rights and freedoms of both believers and non-believers are guaranteed, freedom of religion and conditions for the peaceful coexistence of representatives of different religions and cultures are ensured. The existence and effective performance of our organization, consisting of representatives of the Christian, Muslim, and Jewish religions, where we are all both different and equal, is the evidence of this.

We assure Ukrainian society and the world community that we will continue to make every effort to face up to the challenges of terrorism and extremism. In view of this, we express our gratitude to law enforcement agencies that contribute to interfaith harmony and protect the believers’ right to religious freedom. We are convinced that by joint efforts of the government, the Ukrainian religious community and all the people of good will, we will overcome the existing challenges and preserve the interfaith harmony as well as the lives of Ukrainian people from the encroachments of terrorists.