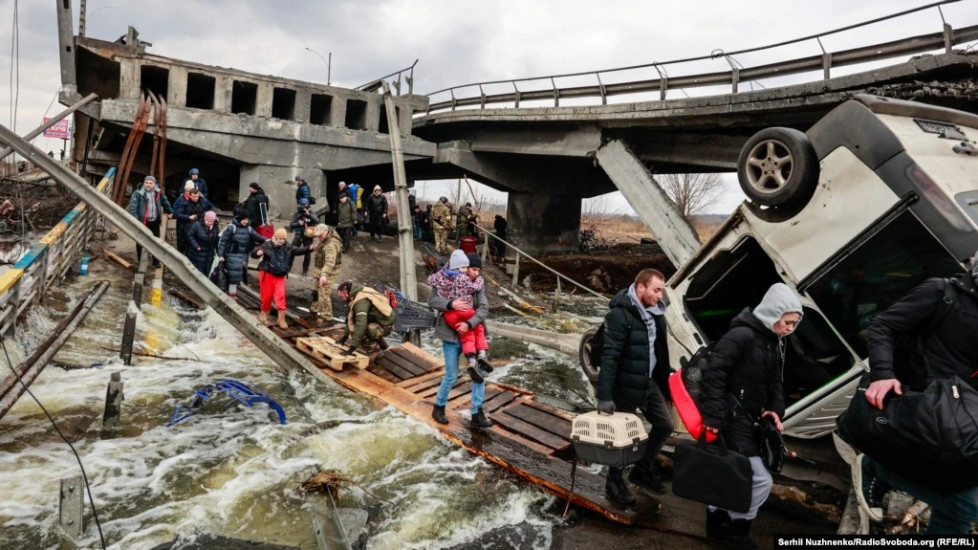 about the necessity of the introduction of a no-fly zone

over Ukraine and the response to humanitarian disasters

Hundreds of thousands of civilians were besieged by Russian troops in the Kyiv region, Mariupol and Volnovakha in Donetsk region, without food, water, medical care, and other means of subsistence.  At least 2187 civilians have already become the victims of the Russian blockade in Mariupol – they were killed as a result of constant shelling, including during attempts to evacuate through pre-agreed humanitarian corridors.

Since there is nothing more valuable than human life, the Ukrainian Council of Churches and Religious Organizations repeatedly calls on world leaders, OSCE member states, the EU, and NATO to take urgent measures to introduce a no-fly zone over the territory of Ukraine or to provide the Ukrainian army with modern air defense systems and fighter jets that can protect Ukrainian civilians from regular bombing and missile strikes by the Russian invaders.

In addition, the Ukrainian Council of Churches and Religious Organizations appeals to the leadership of the Russian Federation, international organizations, church hierarchs, and religious figures of the peoples of Russia to take urgent measures to organize humanitarian corridors for the evacuation of residents of Ukrainian cities and towns from areas where active hostilities continue to safe places of their own choice, as well as the immediate exchange of prisoners of war between Russia and Ukraine.

We emphasize once again that in order to avoid any provocations, the evacuation of the civilian population through humanitarian corridors can be carried out by civilian volunteers and ministers of Churches and religious organizations, either accompanied by Ukrainian police officers or without their participation.

Even in times of the greatest upheavals, wars, and disputes, we must not forget about humanity and mercy. Each of us must do everything possible to preserve human life and establish peace through negotiations.