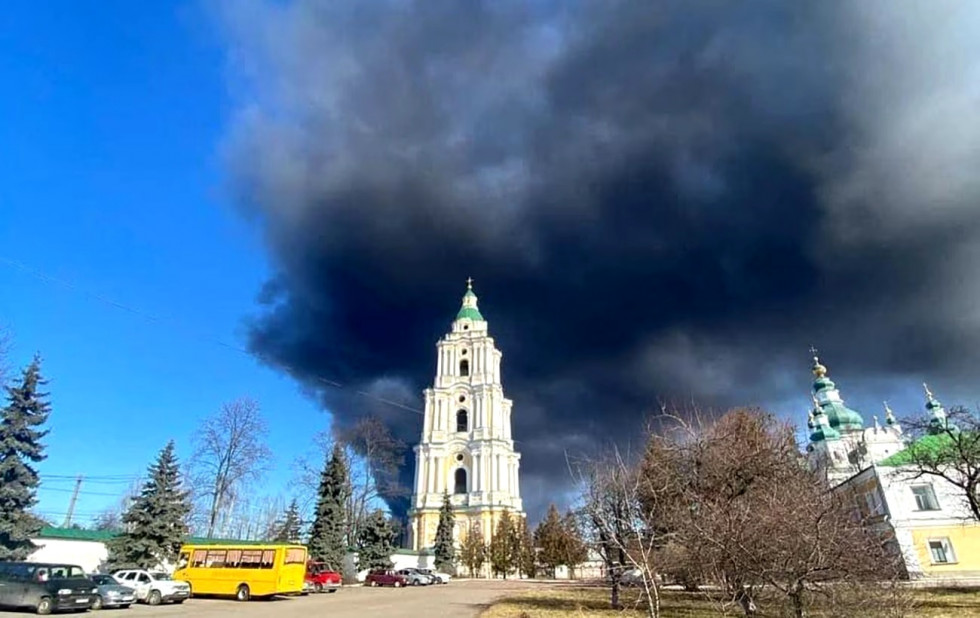 on the shelling by the Russian invaders

of civilian objects in Ukraine

Since the beginning of Russia's full-scale military invasion of the sovereign territory of Ukraine, we are seeing firsthand how Russian invaders resort to the most cynical and prohibited by international humanitarian law methods of warfare. In fact, Russia is waging a war against the civilian population of Ukraine, as it purposefully fires ballistic missiles, including from the territory of Belarus, and conducts air raids at residential areas, schools, kindergartens, maternity hospitals, hospitals, and critical infrastructure facilities that are necessary to ensure the life of the civilian population, sometimes with the use of prohibited cluster and vacuum ammunition.

Blatant examples of unjustified cruelty and unrestrained aggression of the Russian invaders are the shellings of humanitarian corridors, evacuation buses, and even ambulances. The disdainful attitude of the Russian leadership towards human life, which we see in regard to Russian soldiers who were thrown into the jaws of the war of conquest, is now manifested in relation to the civilian population of Ukraine, which is forced to escape from Russian missiles and occupiers, migrating to safer regions of our country and to neighboring states of the European Union.

Moreover, Russia's military attack on Ukraine is accompanied not only by shelling and bombing of peaceful infrastructure and residential buildings but also of churches. As an example, in the village of V'yazivka, in Zhytomyr Oblast, the Russian invaders destroyed the Church of the Nativity of the Most Holy Theotokos, built in 1862. As a result of Russia's shelling of the center of Kharkiv on March 2, the Holy Dormition Cathedral of the Ukrainian Orthodox Church was damaged. On March 7, Russian shells hit the prayer house of the "New Life" Evangelical Church in the city of Izyum, Kharkiv region – the church building was completely destroyed. After the shelling, an Orthodox Church caught fire in the village of Zavorychi, Brovars'kyi district, Kyiv Oblast.

From various fronts of the Russian invasion, there are reports of shelling of churches, even those where refugees have been sheltering. Even the immense spiritual shrine, the St. Sophia's Cathedral of Kyiv, is under threat of an attack.

With this in mind, the Ukrainian Council of Churches and Religious Organizations once again calls on NATO, as a security partner of Ukraine, the UN, the European Union, the OSCE, and the Council of Europe to take urgent measures to introduce a no-fly zone over Ukraine and to provide the Armed Forces of Ukraine with modern air defense equipment, including fighter planes, in order to protect our greatest value – human lives and civilian infrastructure – from barbaric shelling and bombing by Russian invaders.