Ukrainian Council of Churches warns on some Biarritz Partnership goals 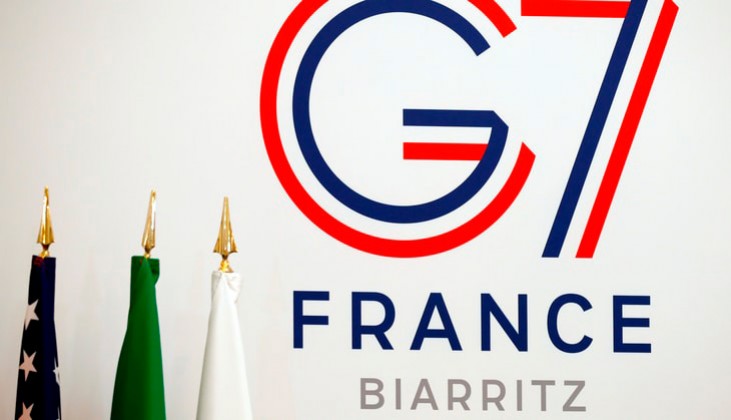 Religious figures in Ukraine are concerned about the hidden goals of the international Biarritz Partnership, including the promotion of abortion among girls and the promotion of gender ideology, in particular, in schools.

In its written statement, the UCCRO drew the attention of the President of Ukraine and Prime Minister that the founder states of the Biarritz Partnership interpret the concept of "gender equality" differently in their own countries, understanding them is not the absence of gender discrimination, but the introduction of gender ideology which regards the norm of free choice of own "gender identity'' by a person.

Religious figures note that the government's decision to join the International Biarritz Partnership was made without proper public discussion, which causes concern among believers of different denominations about the content and scope of Ukraine's international obligations.

"Ukrainian Council of Churches and Religious Organizations considers practical activities aimed at preventing and ending violence and gender-based discrimination to be important and necessary. At the same time, a distorted interpretation of gender equality and the concept of "gender" stands in the way of ratification of the Istanbul Convention and causes distrust about the true intentions of the international Biarritz Partnership," said Metropolitan Epiphaniy, Primate of the Orthodox Church of Ukraine and Chairman of the UCCRO.

The Ukrainian Council of Churches draws the attention of the state leadership to the fact that the interpretation of the concepts of "gender" and "gender equality" used by the Istanbul Convention and the international Biarritz Partnership contradicts the definition of gender equality in the Law of Ukraine "On Ensuring Equal Rights and Opportunities for Women and Men". According to the Law of Ukraine, gender equality is the equal legal status of women and men and equal opportunities for its implementation, which allows persons of both sexes to take equal part in all sectors of society, which hasn’t any mention of the gender identification as an option.

The UCCRO emphasizes that even now in some Western European countries there are negative examples of this kind of gender policy, when in schools, instead of focusing on obtaining the skills necessary for responsible adult life and mastering a profession, students for a long time thinking about which “gender” they should choose, regardless of their natural gender. As a result, the popularization of arbitrary gender identity among children and young people leads to an increase in cases of gender dysphoria and mental disorders of gender identity.

For its part, the Ukrainian Council of Churches and Religious Organizations is ready to delegate specialists to the relevant governmental working groups that will develop legislative initiatives aimed at ensuring equal rights of women and men, to secure proper public discussion and a more balanced approach to solving this problem.