Ukrainian Council of Churches agreed on cooperation with the Prime Minister 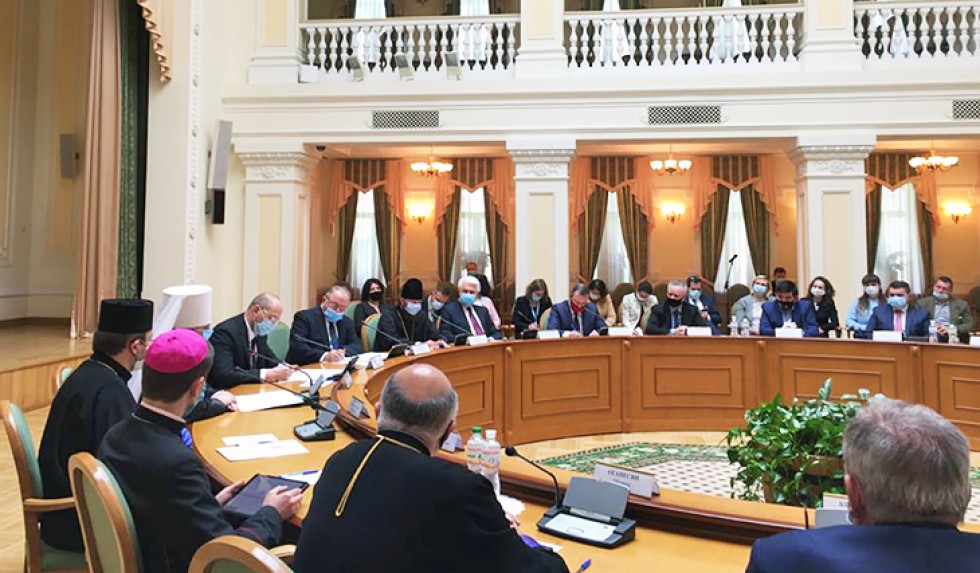 The dialogue between the Government and the Ukrainian Council of Churches was conducted and will be continued in the form of cooperation with the core governmental departments.

Such agreement was reached during a meeting of the Ukrainian Council of Churches and Religious Organizations and the Prime Minister of Ukraine Denys Shmyhal, which occurred on June 2, 2020 in Kyiv.

First of all, Senior Bishop Vasyl Raichynets, UCCRO Chairman, directed the attention on the shortcomings of government decrees, which have week and misbalanced regulation of the functioning of cathedrals and other places of worship during the COVID-19 quarantine and its adaptive (softened) stage.

“From the very beginning of the lockdown in Ukraine, most of the religious figures lent a shoulder to the Government: both by their pastoral word and by their own example they encouraged millions of believers in our country to keep anti-epidemic measures. The development of the church-state cooperation in this area becomes more important now – during adaptive quarantine, when many of our citizens are tempted to neglect the danger of coronavirus infection prematurely, while the pandemic all around the world still continues," – the UCCRO Chairman noticed.

The participants agreed to process in a working schedule the key positions of conducting services during adaptive quarantine, which all members of the Council of Churches and the Ukrainian Government will approve and adhere in practice, primarily in the interests of health and life of believers themselves.

Metropolitan Epiphaniy, Primate of the Orthodox Church of Ukraine, stressed the importance of maintaining high moral principles in the formation and implementation of state family policy. He insisted on the inadmissibility of the integration of gender ideology into the legislation, as according to the Article 15 of the Constitution of Ukraine "no ideology can be recognized by the state as mandatory."

“We cannot accept and approve exceptionally ideologically motivated interpretation of the term 'gender' not as the equivalent of the natural sex, male or female, but as a personal belief. The Council of Churches has given its full support to the legislative initiatives already adopted to combat domestic violence, where mechanisms that already were applied are better than those provided by the Istanbul Convention that is lobbied now again. Therefore, I ask those from who it depends to be open to a constructive dialogue and to hear our position,” said Metropolitan Epiphaniy. 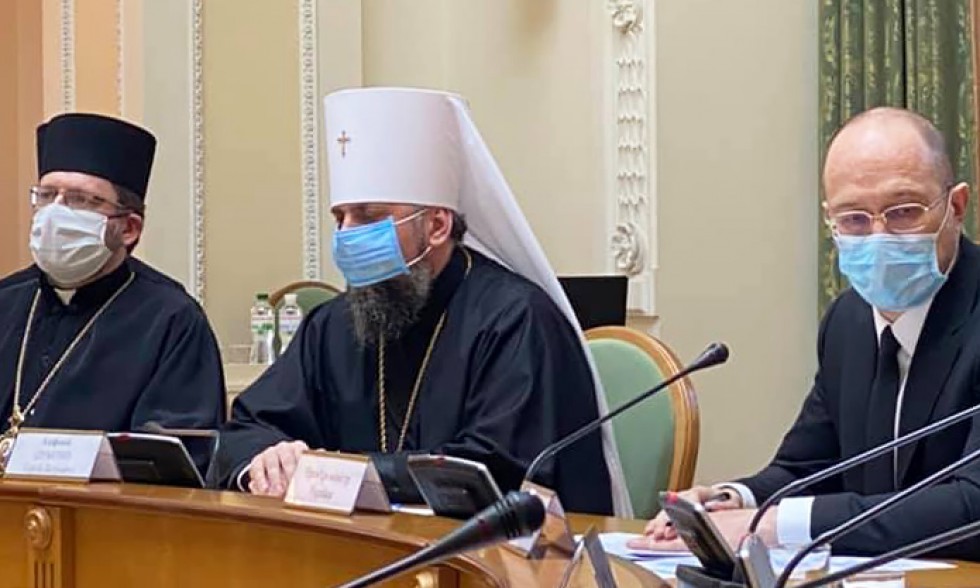 The issue of protecting children and women was continued by Major Archbishop Sviatoslav, Head of the Ukrainian Greek Catholic Church, who advanced detailed arguments for the legislative prohibition of surrogacy in Ukraine, as most European countries already banned. According to his words, this cynical business devalues ​​the dignity of the child to the level of goods and destroys the dignity of women through the contempt for motherhood and selfless love for the child, which is replaced by the requirement to comply with the terms of the contract.

“Child traffic must be terminated in Ukraine! Changes in the legal field regarding surrogacy must be accepted in the first place,” the UGCC Head emphasized.

In this context, the Senior Bishop of the Ukrainian Pentecostal Church Mykhailo Panochko applying to the Prime Minister suggested to establish permanent cooperation between the core ministries and Ukrainian Council of Churches and Religious Organizations. He noted that constant mutual communication is required not only in the COVID-19 quarantine measures, but also in state family policy, simplification in the documentation of humanitarian aid and reporting during its distribution among the needy, proceeding spiritual and moral study in schools, the activities of military and penitentiary chaplains.

The Legal Adviser to the Chief Rabbi of Kyiv and Ukraine Gennadii Bilorytskyi also suggested a number of practical steps that would help the government have a balanced approach in the implementation of the COVID-19 quarantine restrictions and solving other social issues mentioned by other meeting participants. 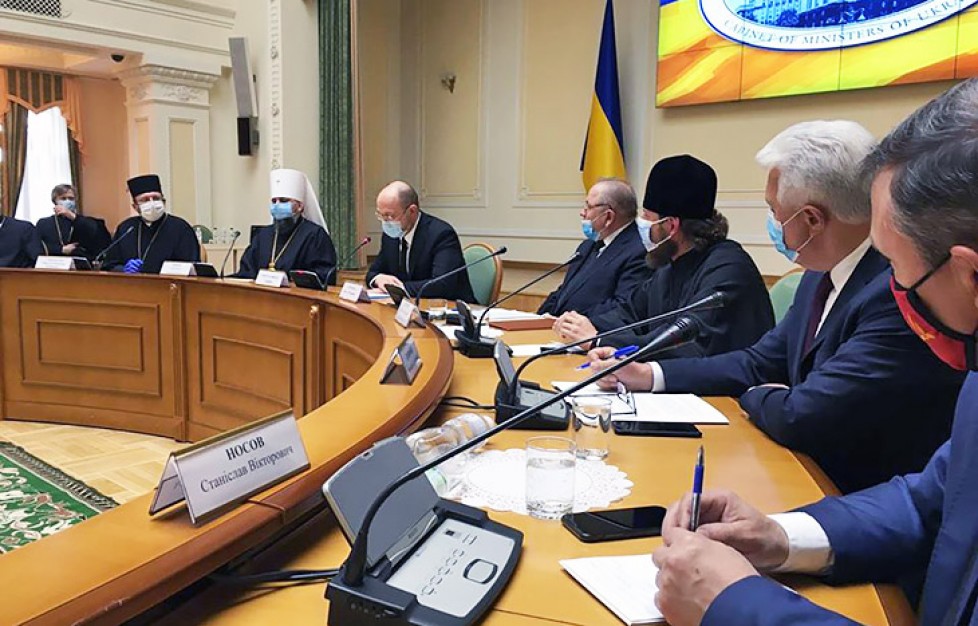 In response to the mentioned proposals, the Prime Minister of Ukraine Denys Shmyhal expressed interest in establishing a permanent dialogue and effective interaction with religious associations. Head of the Ukrainian government highly appreciated the effort made by churches and religious organizations to convince believers to celebrate religious holidays at home because of the COVID-19 quarantine regime.

The Prime Minister expressed his conviction that combined efforts of the Ukrainian government and the UCCRO will be useful not only for overcoming the current epidemic and combating domestic violence, but also for the development of many other church social programs.

#counteracting the coronavirus #against gender ideology