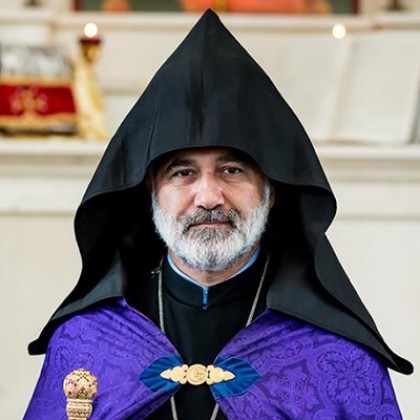 Armenian Apostolic Church is an original ancient church and is part of the One Holy Universal Apostolic Church of Christ. The origin of the Armenian Church goes back to apostolic times. Christianity was preached in Armenia as early as the second half of the first century by the two disciples of Jesus Christ, namely, St. Thaddeus and St. Bartholomew. In 301 Christianity was officially accepted by Armenia as the state religion. On the lands of Ukraine Armenians began to appear long before the formation of the Kievan State, but their mass migration to Rus (mainly to the western region) was in the XII century. In Soviet times, the activity of the parishes in Ukraine became complicated. However, in 1991 by the order of the Catholicos of All Armenians Vazgen I was approved the Ukrainian Diocese of AAC. Today is acting 24 parishes, where about 400 thousand believers find spiritual support.